Named the best craft vodka distillery in the country by USA Today, and in the Top 10 for best gin distilleries, McClintock Distilling has seen a lot of success in its relatively short history.

Braeden Bumpers and Tyler Hegamyer, college friends from Elon University, through a trick of fate came to own the papers and writings of Young, and themed their distillery around the innovative entrepreneurial spirit of Young, who patented more than 30 inventions from sewing machines to sawmills. In 1887, Young started the Ox Fibre Brush Company in Downtown Frederick and his mechanical creations allowed one worker to create 70,000 brushes in one day. 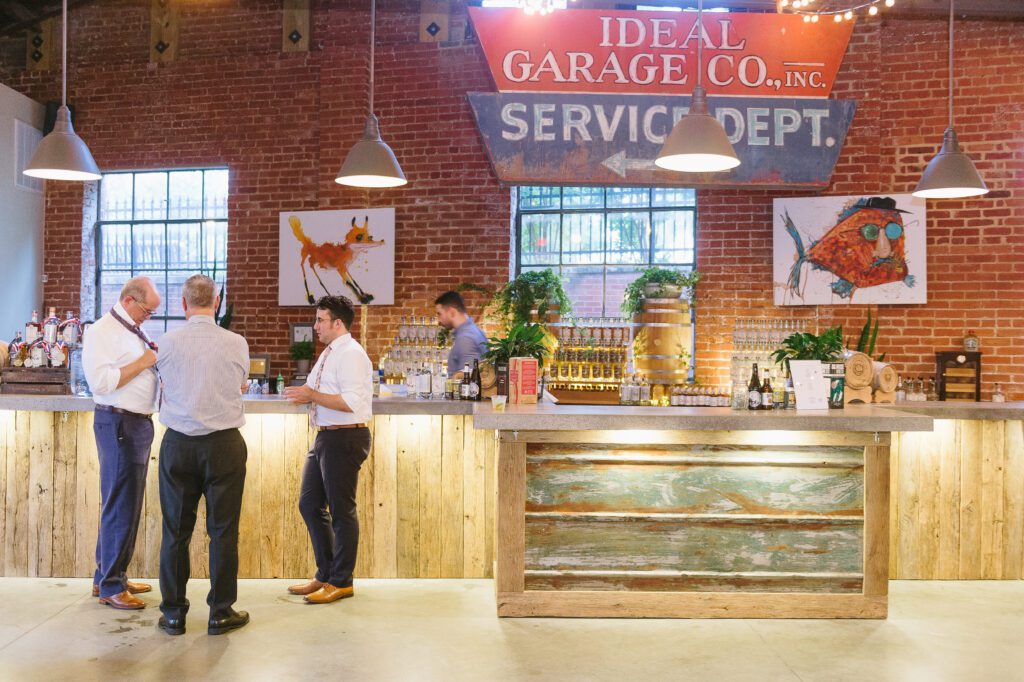 With inspiration taken from an inventor, Bumpers and Hegamyer studied their craft with master distillers at Koval Distillery in Chicago. Both being from Maryland, they decided to open a distillery in Hegamyer’s hometown of Frederick.

“The food and alcohol scene here is one of the best in Maryland and the community here is all about supporting local products. We were absolutely thrilled to find our historic building right in the heart of downtown,” Bumpers said.

The business partners purchased a 100-year-old mechanic’s garage with 5,400 square feet of space in Downtown Frederick and restored the space. They imported a 1,000-liter Kothe Pot/Collum Hybrid still that is handmade by a company in Germany before opening for business in December.

“By using a German-made copper still we have the flexibility to make gin, whiskey and vodka on one system and the copper greatly reduces the sulfide carryover which is the nail polish remover taste you get with some spirits,” Bumpers said.

McClintock’s Forager Gin is, arguably, the distiller’s signature product. It is a vapor-infused gin using native herbs from the Appalachian Wilderness. Other products include Bootjack Rye, “a love letter to Maryland Rye Whiskey of the past,” Matchstick straight bourbon, a Maryland twist on a Kentucky classic, and Epiphany Vodka, double distilled from premium organic white wheat and triple filtered for an incredibly clean and smooth taste.

Using 100 percent organic ingredients “is a big selling point for our spirits and opens the door to a lot of bars and restaurants that are looking for farm-to-table sourced products,” Bumpers said.

Bumpers said that he enjoys owning a craft distillery because it allows a chance for him to engage with visitors.

“We are usually around to give tours of the 106-year-old building, and we just try and keep it fun at the distillery; so even if you are not into spirits you can always play cornhole or ping-pong and enjoy some live music or admire some local art that we keep in the tasting room.”

Following in the Footsteps of Harriet Tubman

Raise a glass or two at Guinness facility

The 4 most talked-about distilleries in the Green...

The 4 Best Ways to Spend Christmas at...

If you are a writer, photographer, blogger, or have an interest in travel and would like to join the Eastern Home and Travel team please contact us at info@easternhomeandtravel.com

If you are interested in listing or advertising with us, please check out our Pricing Page for more information.

This website uses cookies to improve your experience. We'll assume you're ok with this, but you can opt-out if you wish. Accept